Always ready to support you in meeting specialist requirements where security and reliability are the highest priority.

I can deploy high performance, secure servers for you 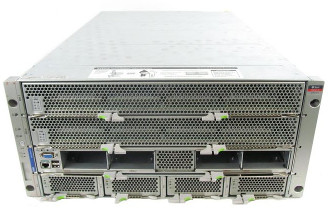 The secure alternative to the cloud (someone else's computer) is having your own computer - knowing were it is - and knowing it, and the data in it, will stay where you put it. With the right systems in place, you, your staff and your clients, can still access it, securely, from anywhere in the world.

Current projects include Databases, Internet radio, PHP web frameworks (like Slippr - used for this site) and others.

I have designed computer systems from the transistor level to complete networks.

On the Hardware side:

I saw EDSAC 1 when it was still working. I was employed to debug valve based TV monitors and debugged valve based digital counter-timers.

I invented the Sinclair Microdrive, and developed ST506 (hard disk) controllers for the Apple ][ and BBC Micro. I also developed a 1/2" tape controller for the BBC micro.

At GEC, I was the chief hardware architect for the CARDS database engine (a UK government research project to reconcile DNA structure with the proteins they generated).

I have designed 3-phase motor control systems up to 1MW and I designed the system that controls the flow of corn into mills in the UK and Europe for the manufacture of cornflakes.

On the Software side:

I designed and developed the GODS operating system (similar to CPM and DOS, in the same era).

If you have a problem, and need someone who can tell you how to solve it (and it does not require a lot of tough guys with guns) I am the "A" team you should be looking for!

We are a business to business organization and do not keep personal information.